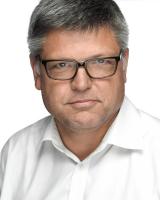 Greg Barns SC practices in the areas of criminal law, administrative law, migration law, family law, and human rights. He appeared for one of the accused in R v Benbrika (2008), a major terrorism trial in the Supreme Court of Victoria, and regularly appears for appellants in the Tasmanian Court of Criminal Appeal. Greg has a strong interest in human rights law and prisoners and he was junior counsel to Stephen Estcourt QC in Pickett v State of Tasmania (2011) in which Justice Wood of the Supreme Court of Tasmania declared that Mr Pickett, a prisoner, had been held contrary to provisions of the Tasmanian corrections legislation. Greg appears regularly in the Federal Court and in the Federal Circuit Court in Perth in migration cases. He lectures in Jurisprudence at RMIT University and is a former National President of the Australian Lawyers Alliance.